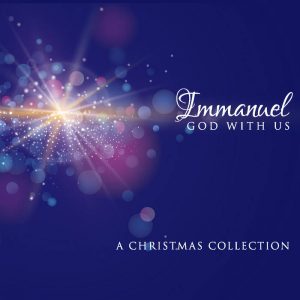 A new collection of Christmas music from the Immanuel Anglican Church praise band, “A Christmas Collection” features seasonal favorites, as well as lesser-known tunes of bygone eras, creating a tapestry of numerous styles to enjoy during the Christmas season. It is a lovely addition to any Christmas music playlist, and the backstory is a testimony to creative ministry.

When thinking about church ministry in retirement, many people envision taking on responsibilities such as serving as a greeter or leading a Bible study. But for Doug Bowers of Immanuel Anglican Church of Destin, ministry in this stage of life has taken a unique turn as he serves as primary sound master for the Immanuel Music Project.

This unique free recording studio was created to encourage individuals in their creativity and expression of God’s image through music. It’s a natural fit for Doug, who’s far from new to the music scene. “I’ve been involved in music all along,” he says. He played blues in high school and has been a professional musician since 1974; and his experience in recording and production reaches back a quarter century.

Though Doug was raised in an Episcopal church, he didn’t become a Christian until his mid-30s. His faith gave him a desire to dedicate his music to Jesus and to glory God through it. But he wasn’t sure that the high cost of booking time in a recording studio was worth his investment; so, he decided to learn to record himself. At the time, recording technology was starting to become more affordable, and he put the money he made playing toward purchasing the equipment needed to produce his own music.

A few decades later, when Doug was getting ready to retire from his career as a dentist, Caleb+ Miller, Senior Pastor of Immanuel Anglican, approached him with an idea. Caleb+ shared about the high costs a young rapper within the congregation had faced when booking time at a local studio and suggested transforming a steel utility shed the youth group was no longer using into a free recording studio open to the public.

Doug was on board. He purchased equipment, and over several months rebuilt the inside of the shed. And, he says, in spite of marketing the new ministry only by word of mouth, “We got really busy very fast.” These days he’s at the studio a day or two every week and spends two additional hours in his home studio for each hour at the church’s facility.

Caleb+ shares that the project has been an opportunity for the church to show hospitality, share its gifts and build relationships. The studio offers musicians in all genres free recording, mixing and mastering of three to five songs, and its services are open to anyone regardless of religious belief. There, Doug has worked with everyone from a 12-year-old aspiring songwriter to artists preparing to send demos to a producer. “It’s been a lot of fun mentoring younger musicians,” he says.

In addition to recording and producing songs for numerous artists from the local community and around the world, in the past year the Immanuel Music Project has recorded two self-published albums, including “A Christmas Collection.” Proceeds from the album will support the ministry of the church as it prepares to construct a new building.

As Doug continues to use his gifts in this unique ministry, he asks for prayer that he would have discernment in moving forward. “Pray for strength for me. I just want to stay healthy so I can keep doing this,” he says. “I’ve living my dream. I’m blessed.”