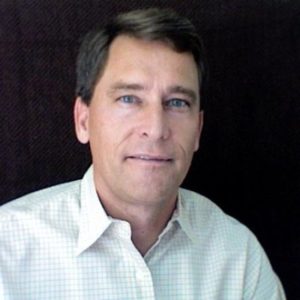 By Mike Blanchat, Rector General for the Anglican Mission in America

Friends of the Anglican Mission,

Advent greetings in the season of hope, peace, faith, joy and expectation!

As we prepare for the coming of our King with anticipation and look forward to Christmas and the new calendar year, I have been much involved these days with grants for the Living the Mission (LTM) fund, the primary way the Anglican Mission in America incarnates our commitment and calling to raise up, release and support Anglican leaders for new works in America.

Each year the LTM Team, comprised of AMiA staff, rectors and Board members, reviews our new requests, available funds and current commitments for the last half of our fiscal year (AMiA’s fiscal year is July 1 through June 30), and as part of this assessment I get to see the growth, progress and success of the AMiA clergy, churches and plants that have applied for these LTM grants over the past year. I spend time visiting with our recipients on the phone and sometimes through on-site visits, and I see how hard they work, how much time and effort they put into seeking those who are lost and building faith communities to bring Jesus to them. Most of our churches have benefitted from an LTM grant, including those in Nashville, Dallas and Destin.

The LTM Restricted Fund was created as a way to make our mission statement a reality on the frontlines. The LTM grant funds come from 10 percent of our AMiA parish’s tithes and from individual and foundation LTM donations to the AMiA throughout the year. These grants give our clergy and churches opportunities for growth by providing funding for new ideas and programs such as Alpha, outreach events, intern/resident programs, guest speakers and trainers, church plants and the logistics around these types of works. Sometimes it’s training or travel to an event to get equipped. Most often, it is foundational spending around a church plant or new work that provides the initial financial impetus to getting a new work off the ground.

LTM funds are called grants because we seek to match funds generated locally in any new work situation. Over 20 years of doing new works and following the best practices we have learned, internally and from other church and nonprofit entities, that matching grants foster an operational environment that creates accountability, leads to the formation of milestones and motivates work that moves beyond best intentions and grows into tangible outcomes that honor both our churches and our donors.

Over the past three years of being on the LTM Team I have had the privilege of getting to know many of our AMiA clergy and their lay leaders personally and to see what amazing contributions and growth they are bringing to the kingdom through the Anglican Mission in America. “Money is the muscle of ministry,” as +Chuck Murphy (inaugural Apostolic Vicar of AMiA) always said, and LTM seeks to add fuel to a fire the Lord has started in AMiA churches as they seek the lost in America.

Please look for Caleb+ Miller’s blog next week and in the January Currents Newsletter for an example of how Immanuel Destin used an LTM grant to run their first Alpha program, including training and event planning.

Mike Blanchat was raised in Temple, Texas and received a degree in economics from Stanford University in 1984‎ and an MBA from SMU in 1991. He spent 30 years as an executive in international business with several companies. Mike and his wife Kirsten (Kissy) were part of the founding group of St. Andrew’s Little Rock in 1998 and have been involved with the AMiA since it’s beginning in 2000. They have three adult children—Jack, Ellie and Ben—and serve together at All Saints Dallas. In addition to his ministry as Rector General for AMiA, Mike is the executive administrator for All Saints Dallas.

The AMiA Considers a New Constitution