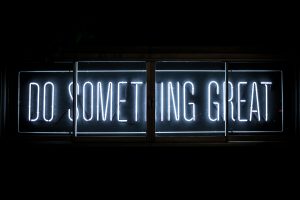 A movement of philosophical and psychological thought has gained a pervasive hold on the media, politics, education, religion and corporate America. It is called Positive Psychology and our culture is swimming in it. It was first promoted by Martin Seligman as a response to the model of mental illness and therapy that, until the 1990s, focused on treatment and ongoing medical and therapeutic interventions (Seligman & Csikszentmihali, 2000).

Seligman wanted to reframe the purpose of therapy away from merely a treatment for mental illness to a model that was beneficial to everyone who was suffering from unhappiness. He sought to describe what it means to live a “good life” and began to study through research questionnaires elements that identified positive values including:

Positive Psychology is tangentially connected to secular humanism and traces its philosophy back to Aristotle. Like Greek Gnosticism, it uses terms like “values,” and holds to virtues such as persistence, love, social responsibility, ecological care of the earth and may other concepts that Christians would think are congruent with the gospel of Jesus Christ.

Yet Positive Psychology is a shadow gospel, a kind of new religion. It makes happiness the means and the ends. It minimizes our dependence on God and his grace to accomplish any good thing. It creates a system on the shaky ground of human, subjective truth rather than on the rock of God’s love and blessings. It punishes those who disagree with “cancel-culture values,” treating them as obstacles to the greater happiness of society (Miller, 2009). It minimizes the place of trust in God and elevates trust in human traits, talents and evolution. Positive Psychology sees transcendence as only a tool that resides in all religions (nominalism) and encompasses the themes of humanities qualities and abilities of self-donation (to serve a greater purpose than oneself).

For the last 20 years, the church has been slowly infected with this parasite that is sucking out belief, and we see its results in the decline of our children growing into adulthood with a lively faith and a commitment to community. It has penetrated every public school, and it has convinced many that God is not so good or necessary after all and that we can create happiness without him. We must stand against this (Ephesians 6:10-20). Through Jesus we can be heard before the Father, and Christ intercedes for us that we may have the courage to resist with the armor of God. 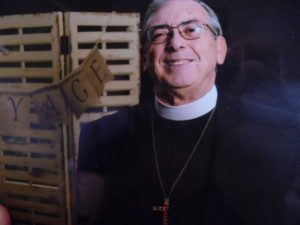 The Rev. Michael Lessard has been involved with the Anglican Mission in America since its early days as a parish priest and chaplain. He is founder and CEO of Pastoral Care Associates, a nonprofit organization that provides pastoral care services to hospitals and care centers in Phoenix, Arizona as well as operates a school for pastoral care training. He also serves as rector of the Oratory of the Sacred Family of Jesus, which supports small chapels for family and group ministries, and is a licensed trainer with LEADplus, which teaches 11 active listening skills. A widower, Michael has a son, two daughters and one granddaughter. He has published three books including Christology of the Family, The Lost Dutchman and Living in the New Creation, and is currently pursuing a Ph.D.

Mind the Gap: A Ministry of the Holy Spirit

Book Review: Parenting in the Pew