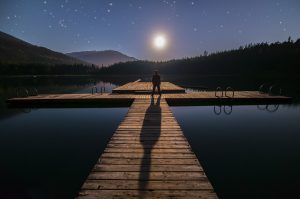 By Dustin+ Messer,  All Saints Dallas

When you feel spiritually stale and lost, remember the time in which you were first found by God.

Today, many Christians feel lost. The world feels new and scary. This feeling of disorientation—personal, cultural—is nothing new for God’s people. The Prophet Jeremiah knew this feeling all too well. He was living in a time of cultural upheaval and societal injustice. Does that sound familiar? Personally, he felt betrayed and isolated—he never married because God told him not to. Life didn’t seem fair, and he felt lost. I’m betting you can relate!

Jeremiah models for us a path to renewal. He remembers a time in which he didn’t feel lost:

“Your words were found, and I ate them, and your words became to me a joy and the delight of my heart, for I am called by your name, O Lord, God of hosts.”  Jeremiah 15:16 ESV

The first readers of Jeremiah would have immediately known what the phrase, “Your words were found” was referring to.

In the not-so-distant memory, about 60 years earlier, Judah had been ruled by its last good king: Josiah. You may remember what made him great. When he came to power, God’s Word had been lost and forgotten. In 2 Kings 22, we see that his assistant—Jeremiah’s father!—stumbles upon God’s Word quite by accident. But when it’s read, it revolutionizes the king, and all of Judah. It leads to great, though incomplete, societal reform as they seek to model themselves after God’s good, freshly found, word.

But it’s really only a half-truth to say that Jeremiah found God’s Word. In every important way, God’s Word found him. Turn to Jeremiah chapter 1 verses 4 and 5:

Now the word of the Lord came to me, saying, “Before I formed you in the womb I knew you, and before you were born I consecrated you; I appointed you a prophet to the nations.”  (ESV)

Long before he was a was prophet—long before, indeed, he was born—God was searching for him. Ephesians 1 tells us that this is the case for every believer. Even before the creation of the world, you were chosen. God predestined you for adoption as His son through Jesus Christ. Your spiritual journey isn’t of some passing interest to God. In his grace, he pursues you. As the late Catholic priest John Francis O’Connor described it:

“As the hound follows the hare, never ceasing in its running, ever drawing nearer in the chase, with unhurrying and steady pace, so does God follow the fleeing soul by His Divine grace. And though away from God it seeks to hide itself, Divine grace follows after, unwearyingly follows ever after, till the soul feels its pressure forcing it to turn to Him alone in that never ending pursuit.”

If you feel lost and distant from God, remember that he is the one who found you in the first place. His pursuit of you is unending, as is his love. Like Jeremiah, we can remember his call and experience a spiritual renewal. 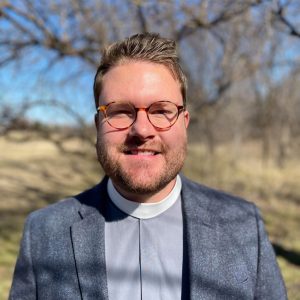 The Rev. Dr. Dustin Messer is pastor for faith formation at All Saints Dallas and sits on the board of directors of the Evangelical Fellowship in the Anglican Communion (EFAC-USA), a ministry founded by John Stott in 1968. Prior to completing his doctoral work at La Salle University, Dustin graduated from Boyce College, Covenant Theological Seminary and the Center for the Study of Statesmanship at the Catholic University of America in Washington, D.C.