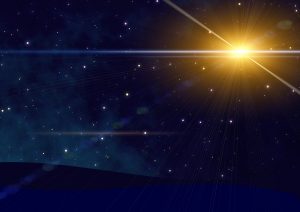 By Mark+ Browne, Rector of Christ Church in Midlothian, Virginia

This has helped me in trying to grasp the incarnation. Our Creator, God, is worth more than an infinite number of anything he has created, including humans. However, if God decided to become a man while still being fully who he is, that one would be a man worth an infinite number of men or women!

One starry night, this is exactly what occurred: God came to earth as one of us. In the vulnerable form of a baby, no less! C. S. Lewis brilliantly wrote, through the character of Queen Lucy in “The Last Battle” (one of the marvelous books in the Narnia series), “In our world too, a stable once had something inside it that was bigger than our whole world.” Amazing.

No child ever born on this earth has a choice as to whether to be conceived or not—save for one. One actually did choose to be knit together in his mother’s womb and to be carried for nine months, to be born and to live—on purpose. He chose to rescue us from sin and death. He chose life and ultimately death for you and me.

The Rescuer, Comes as a Baby

Ours is the Visited Planet. The Blessed Planet. In the vast, mysterious universe in which our planet is a tiny, pale blue dot, the Great Mystery, whom we know as the God of Abraham, Isaac and Jacob, inhabited our planet in person.

It is from this singular truth that unconquerable certainty and unquenchable faith are born. We have hope! The Rescuer has come to us. J.B. Phillips wrote, “Our culture … our lives which have their horizons stretched in multiple ways, has got to be shaken by the audacious central fact … that, as a sober matter of history, God became one of us.”

Within Mary’s womb was the one whom the universe could not contain. The embryo she was to name “Jesus” was God’s perfect and only way for humanity’s rescue. It is here, in this wondrous thing that happened at the first Christmas, that the most profound, unfathomable depths of God’s revelation to humanity are found. God became man!

As J.I. Packer put it, “the Almighty appeared on earth as a helpless human baby, unable to do more than lie and stare and wriggle and make noises, needing to be fed and changed and taught to talk like any other child. The more you think about it, the more staggering it gets. Nothing in fiction is so fantastic as is this truth of the Incarnation.” (https://decisionmagazine.com/the-staggering-mystery-of-christmas/)

Restoring the World, Reclaiming Us

Oswald Chambers wrote, “Jesus Christ became Incarnate for one purpose, to make a way back to God that man might stand before Him as he was created to do, the friend and lover of God Himself.”

The incarnation is the hinge that opens the heavens. Jesus of Nazareth, God incarnate, enters nature in order to reclaim her. God comes to rescue us from the willful rebellion that made our hearts dead, our future hopeless, our ears deaf and our world a mess. Jesus steps into our mess—much like a dung-filled stable—to reclaim us.

The incarnation is God’s claim on us, not ours on him. The incarnation did not happen just to create a place alongside other “major world religions.” It stands alone. God became flesh in order to reclaim the relationship with himself that humanity had lost in Adam’s fall. Jesus came to rescue his beloved and bring to the Father all who would believe. It was and is the only way. His singular life—his incarnation—is the only thing that can restore the whole world to God. What grace!

One day, when the King of Kings returns, He will look at his Church, his Bride and say, “Now this is bone of my bone and flesh of my flesh, for she has received my life even as I bear her humanity.”

As C. S. Lewis wrote, “This Holy Night doesn’t tell of a human search for God at all, but of something done by God for, to, and about, us.”

What we need this night is the wisdom of shepherds: having heard, to go and see; having seen, to fall on our knees in joy and complete surrender to Jesus Christ, the Word made flesh—God incarnate! 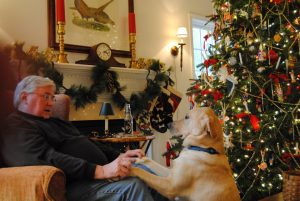 Mark+ Browne has served as an AMiA priest since 2006. Following over a decade of lay ministry, he was ordained a deacon in the Episcopal Church in the Diocese of Texas in 1983 and as a priest the following year. He ministered in churches in Texas and Connecticut and did mission work in Russia before accepting a call to Christ Church in Midlothian, Virginia, where he has served as rector since 2008. He and his wife, Yolie, have one son and a golden Labrador.

The Light Has Come