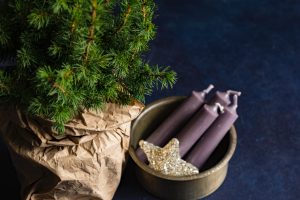 Even though my family was Anglican, I did not get to attend an Anglican church until I was 8 years old, when we moved into a city. I became an acolyte and always enjoyed the seasons of the Church, but Advent has been my favorite.

At Fountain Anglican, 80% of our 30-member congregation is from Baptist, Charismatic or Methodist (aka: Baptomethomatics) backgrounds in which the seasons of the Church calendar may or may not be announced, followed or displayed. So many of us have such vivid memories of Christmas as a child or as an adult that we look so forward to Christmas and the days before it. So, a number of Sundays before Advent, I announce that this season is coming and let people know how many weeks away it is. I usually ask why this time is so special and then explain that we will be celebrating the birth of the King, the redeemer of all mankind. We try to build up anticipation for the Advent season so people become ready to focus on the birth of Jesus, to make Christmas the celebration that it should be.

At the end of Christ the King Sunday, the people who stay after the service change the altar cloth to the purple covering, and we hang the purple sash from the cross—similar to what we do with other seasons to give people an expectancy or anticipation about what is to come. We have seen green for so long the purple stands in stark contrast. We also put out the Advent wreath and the candles. Our senses are heightened by colors, smells and sounds that sometimes take us back to a simpler place in time, maybe to our childhood where Christmas and the days leading up to it were magic. Have you ever been taken back in time by a song or pleasant smell that puts a smile on your face and a little more peace in your heart? We are trying to make this celebration magic again, not just with the anticipation of presents, but with the presence of Jesus for the four weeks of this beautiful season. 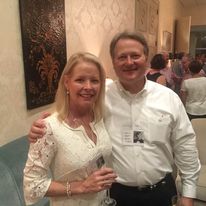 Shuler+ Griffin grew up in Scott and Greenville, Mississippi and has served as interim minister at Fountain Anglican in Oxford, Mississippi for two and a half years. Before that he assisted Rev. David Saunders at Fountain Anglican. He spent 30 years in the insurance business and currently raises money for the Alpha Tau Omega Fraternity. He and his wife, Robbin, have four children, live in Oxford and enjoy fishing and camping together. Shuler is a graduate of the University of Mississippi and is in seminary at Trinity School for Ministry. He was ordained as a priest on Saint Patrick’s Day 2019.