The Value of Prophetic Ministry 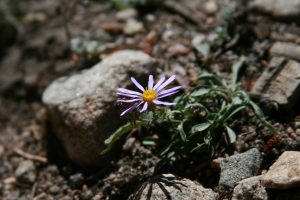 By Dave+ Larlee, Vicar of All Saints Dallas

I was recently talking to someone who hadn’t attended church since childhood. After inviting them to attend an Alpha course, their answer gave me pause. “Why would I attend church? I already know what’s wrong with me.” I pivoted, changed my approach and offered to pray for them. As I invited the Spirit of God to bless them, I had a very faint sense that they had a gift to bring beauty to desolate situations. “How did you know that I was a beautician?” They asked.

“Oh, I didn’t know it; it’s something God showed me as I was praying.”

“Why would God be interested in my work? After all, I’m a beautician. I’m sure he doesn’t believe in that kind of work.” We went on to have quite a conversation about the gospel, the book of Esther and how the hallmark of the ministry of Jesus was described as giving people a crown of beauty instead of ashes.

That incident convinced me all the more of the purpose behind prophetic ministry. Many of us are familiar with Jeremiah 29:11: “‘For I know the plans that I have for you,’ declares the Lord, ‘plans for welfare and not for evil, to give you a future and a hope.’” God made this statement to his people while they were in Babylonian captivity for 70 years because they had disobeyed him. In spite of their behavior, the prophet spoke an encouraging word to them.

God often uses prophetic ministry in the same way today, addressing people’s potential and not necessarily their present condition. As John 3:17 states, “For God did not send his Son into the world to condemn the world, but in order that the world might be saved through him.” Therefore prophetic ministry has not been given to pronounce judgment on people, but rather to alert them to the redemptive potential in their lives.

When we use the gift of prophecy to mine the treasure inside of someone made in the image of God, a major shift begins to take place in him or her. That person is introduced to a heavenly perspective on their life. New Testament prophetic ministry speaks to the high value and divine potential God has given people. To do this, it must be rooted in love, immersed in hope and motivated by faith.

In 1 Corinthians 14:25, we read that prophecy discloses the “secrets of his heart” (this refers to the “unbeliever”). If we are prophesying out of an Old Covenant perspective, we tend to look for negative or bad secrets to call out. That is not what Paul is talking about, for the context of prophecy is one of “edification and exhortation and consolation.” Calling out the dirt only releases condemnation, shame and judgment. If, however, we prophesy out of the New Covenant, seeking to expose the redemptive gold in the life of the unbeliever with words of love, hope and faith, then 1 Corinthians 14:25 paints a beautiful picture of what will happen: “falling on his face, he will worship God and declare that God is really among you.” The unbeliever will be led to a place of worshipping the living God.

During a recent Alpha course, an Atheist had attended faithfully to ensure that he was right in his unbelief. He attended the Holy Spirit Weekend, and nothing happened when people laid hands on him and prayed for him. He didn’t have any kind of noticeable encounter with God. The following Sunday, he attended the church service in order to say goodbye to his group as he moved on from Alpha. During the service, someone had a prophetic word for him and gave it from the front of the church. It was a simple word: “integrity.” The recipient of this word fell to his knees in floods of tears. What he told me later is that he had been involved in fraudulent activity and spent time in prison. His wish all along was the chance to start over and become a man of integrity—words he had never said aloud. Jesus, however, was listening in; and that night as this man gave his life to Christ, the secret of his heart—exposed by a prophetic word—came to life. He began a new life as a man of integrity because of the saving work of Christ Jesus and the power of the Holy Spirit manifested through the prophetic.

May we see more of this in our churches!

David+ Larlee is a Canadian who came to Dallas via London, UK. In 2004 he was ordained as an Anglican priest and served an inner-city congregation in London for 10 years. David and Rachel have three young sons. His interests include ice hockey (especially the Dallas Stars), reading and live music. He obtained a Bachelor of Arts from Mount Allison University in 2000, a Master of Arts from the University of Western Ontario in 2001 and a Bachelor of Theology from the University of Oxford in 2004.