Easter and the Overthrow of Evil 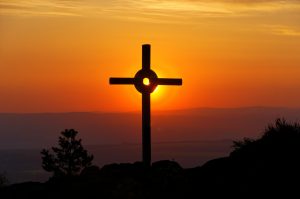 One Astonishing Motion by Our God: The Cross and Resurrection

Our Easter celebration really begins with Good Friday: Jesus’ victory on the cross that defeated Satan and the spiritual forces of evil, and his triumphant resurrection on the third day. Easter and the cross are inseparably joined in God’s redeeming work in the world.

How Can One Day be Enough?

Easter begins what we call the “Great Fifty Days,” a season dedicated to celebration!

Easter celebration is not like a bottle rocket that shoots with a squirt and fizzles fast. Instead, Easter is a cosmic eruption that blasts through death and into eternity. Easter for Jesus’ first followers could not be comprehended in a moment; not for us, either. That first Easter morning was a puzzling event, the first glimpse into a new reality that took time to take in. Jesus spent a full 40 days appearing visibly to his apostles and followers, the first church. During the liturgical season of Easter, we read accounts of Jesus’ appearances in the upper room, on the road to Emmaus, at breakfast by the sea of Galilee and on the mountain before his ascension.

The fundamental cause for our exuberant celebration of Easter is less obvious than the empty tomb and Jesus’ shocking resurrection from the dead. When we look closely at the overarching cosmic picture of Jesus’ life, crucifixion and resurrection, we see that God is invisibly yet powerfully on the move in our world. God’s cosmic conspiracy is to overcome evil with good in the world, through God’s creation of a new species of humanity: human persons who are being transformed into the character of Christ and able to do everything that he says. God is colonizing the planet with his new species of human beings who are gathered into outposts we call churches.

Bishop N. T. Wright brilliantly said this about the power and significance of Easter:

Left to ourselves we lapse into a kind of collusion with entropy, acquiescing in the general belief that things may be getting worse but that there’s nothing much we can do about them. And we are wrong. Our task in the present . . . is to live as resurrection people in between Easter and the final day, with our Christian life, corporate and individual, in both worship and mission, as a sign of the first and a foretaste of the second.

Surprised by Hope: Rethinking Heaven, the Resurrection, and the Mission of the Church

Our Part in God’s Conspiracy

Jesus’ disciples have always existed as a community on mission with God because Christ’s death and resurrection are the central driving force, empowering the whole Christian movement.

What would happen if you personally or your church adopted something like this as a mission statement or motto: “Partnering with God in his conspiracy to overcome evil with good”? That is the Great Commission in action.

Easter inaugurates our unceasing celebration over God’s greatness and goodness. We celebrate with great joy until Jesus comes again, bringing the new heaven and new earth. Alleluia, Christ is Risen! 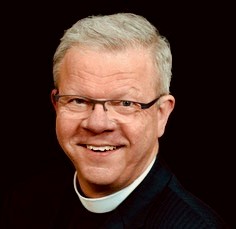 Ron McCrary is passionate about spiritual transformation, developing leaders and strengthening the local church. He helped plant All Saints Dallas and was the founding Executive Director of AIM Church Planting (in the Anglican Mission), which became the Anglican 1000 church-planting movement. He recently rejoined the staff of All Saints Dallas.

Ron served for more than 20 years in leadership at Christ Church Anglican in Overland Park Kansas (a suburb of Kansas City).

Drawing on his extensive leadership experience that includes nearly 40 years in local church ministry, Ron speaks and consults widely with churches throughout the United States. He also coaches and mentors clergy and serves as a trusted advisor.

Ron helped draft and was one of the original 30 signatories of The First Promise, which led to the formation of the Anglican Mission in America.

Ron and his wife, Ann, love being near their three children and their families in Dallas and Austin. Ron is a former symphony violinist and a potter, specializing in making pottery cremation urns.