Lenten Reflections: Teaching Us to Wait

This Lent, we at St. Bartholomew’s mourn the loss of our dear friend Nelson Koscheski. He was a retired priest who lived a crazy and full life, and my husband, Brian, and I had the privilege of knowing him and his patient wife, Judy, during the past five years in pastorate. He had uncommon depth. We knew him as a contemplative intellectual who spent his time painting icons, writing poetry and regaling us with stories of his life and of God’s unending faithfulness.

I did not grow up in a church that observed Lent, but I have grown to long for this season that is set apart to be a reminder of our human limitedness and our need for Christ’s offering of Himself.

This Lent, I have been particularly burdened by that frequent theme of the Psalms: the apparent success of the wicked. Nelson was no stranger to that theme as a priest who dared to stand up for the truth in a church that was slowly abandoning orthodoxy. As I understand it, he paid dearly for his commitment to truth.

In his poem and meditation on Psalm 2, The Lordly Ones (hear it from Liturgical Folk), Nelson contrasts “the lordly ones who seem to rule” with Christ. Christ’s rule, though it began “long before creation,” is “invisible, seemingly absent, even weak / Until

[He comes] again to place all things at [His] Father’s feet.” We live most of our lives in the tension of that “until,” of watching the wicked who seem to flourish and waiting for a Kingdom to come that seems comparatively weak and invisible.

In Alan Jacobs’ recent book about Christian humanists during World War 2, he speaks of the “long slow martyrdom of waiting.” We are impatient. We want immediate gratification, justice, victory, Easter now. Waiting on God’s Kingdom is a kind of martyrdom that is a lifelong project. We need Lent to teach us, to train us in this death that is waiting, and in the faith, hope and love that must support it.

This Lent, I am encouraged that Nelson has joined that “great cloud of witnesses” who have finished the race and that he is waiting at the finish line, cheering us on: “I have come home at last! This is my real country! I belong here. This is the land I have been looking for all my life. … Come further up, come further in!” 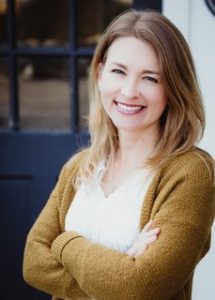 Katy Monwai was among the core team that planted St. Bartholomew’s from All Saints Dallas, and she now serves on St. Bart’s vestry. She teaches rhetorical logic and mathematics to middle schoolers at The Covenant School of Dallas. She is currently working on her master’s degree in humanities with a classical education concentration at the University of Dallas. She is married to Brian and mom to three beautiful girls.