The AMiA Considers a New Constitution 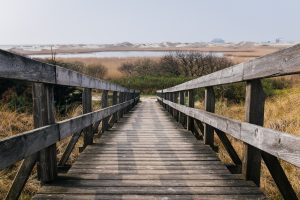 By Rob Shafer, member of the AMiA Board of Directors

At the General Assembly held in Dallas in September 2018, a supermajority of the delegates considered a new constitution for the Anglican Mission. Members and friends of the Anglican Mission may well ask, “Why was this important, and what does it accomplish?”

Think first of what a written constitution does for a nation. Its primary purpose is to provide structure, dictating how responsibility is delegated and how authority is exercised. Ideally, it does so in short and clear terms. It also reflects the goals and legal traditions of the people, what we might call its “mission.” For example, the U.S. Constitution has among its purposes to “establish justice” and to “secure the blessings of liberty.” Finally, even though a constitution expresses fundamental principles, it must have a process for amendment, neither too easy nor too difficult, to respond to new circumstances.

The Anglican Mission, too, needs structure in order to operate successfully. Ambiguity or inconsistency in key provisions of the prior constitution could produce different expectations of who has the authority to act in certain matters. For example, does ultimate authority over the AMiA’s operations reside in the Leadership Team, led by the Lead Bishop (formerly called the Apostolic Vicar), or does it reside elsewhere? The new constitution places ultimate authority in the Leadership Team, although with significant input from the College of Consultors, the Council of Bishops and the Board of Directors. The “job description” of each of these bodies is clearly defined in the constitution, together with that of the Lead Bishop and the Executive Director. Thus, the new constitution greatly lessens the danger of internal discord and a corresponding loss of effectiveness.

With regard to our goals and common life, the new constitution declares what makes us Anglican Christians on mission. We are disciples of the Lord Jesus, embracing the Scriptures, the Sacraments and the creeds and councils of the universal Church. We serve the Lord in the “Anglican Quarter” of the vineyard, embracing the Thirty-Nine Articles and the Book of Common Prayer. And we are a mission society with a written Theological Vision, whose passion is to plant three-stream Anglican churches in America. All this we do in partnership with like-minded Anglican bishops across the world—our Mission Partners.

The Mission is an institution, to be sure, because any group of people who ban together to accomplish something larger than themselves must have some institutional characteristics. But the new constitution (which is less than a third of the length of the prior constitution) helps us to stay light on our feet, like a runner stripped down to win a race, laying aside “everything that hinders” (Hebrews 12:1). In this new constitution, the delegates at General Assembly have adjusted the balance between institution and mission so that the former will more reliably serve the latter.

With regard to amendment, the new constitution is much more flexible than the old, which only permitted amendments to occur every seven years. In the future, amendments will be proposed by the Leadership Team, voted on at any regular or special meeting of the AMiA called for the purpose and adopted by a two-thirds vote of the Anglican Mission delegates.

Finally, special thanks are due to Ryan+ Owsley, the Mission’s Director of Ecclesiastical Affairs and an experienced lawyer, for taking the laboring oar in drafting the new constitution. 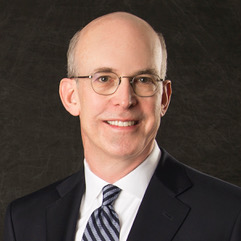 Rob Shafer is a member of the AMiA Board of Directors and a member of St. Andrew’s Church in Little Rock, Arkansas. In 2018, Rob retired from private law practice in Little Rock, where he continues in counsel with the law firm Friday, Eldredge & Clark, LLP.