Keepers of the Vision

By Stu+ Boehmig, rector of The Abbey at Pawleys Island 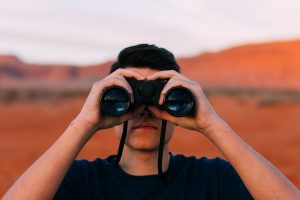 I recently took a rough count of how many vestry meetings I have attended or led over the years. I came up with something around 400. By anyone’s standard, that’s a lot of leadership meetings. Whew!

One thing I’ve learned in those meetings is that vestry leaders want to know, “Where are we headed?” and so does the rest of the church. If you lack clarity, there’s trouble ahead. It’s been said, “If you don’t know where you’re going, you’ll get there real fast.” And even though we constantly remind our leaders of the answer to the vision question, it often feels like we lose vision and direction far too quickly and get lost in the weeds. Being keepers of the vision is one of the most important things we do as leaders.

That is the value of a Theological Vision. It’s our North Star. It’s directional. It charts the course. It is the one true constant. And when we get lost in rough seas, it is always there to point the way. A Theological Vision answers the “Where are we headed?” question with flying colors by giving directional clarity we can then pass along to our local team. This in turn helps produce unity in the local church.

There’s another question a Theological Vision answers. It is the “Who are we?” question. Answering this question allows us each of us to discover if we fit and belong within an organization and culture.

My wife, Susan, and I have five children. They’ve all graduated from different universities. In the process, we’ve learned that choosing a college is a big deal. It required us to travel with each child to a number of different schools. When we’d arrive, we’d met with students and faculty, ask some basic questions and take a walk around campus. What struck me was how quickly each kid knew if they could see themselves fitting in and belonging at that school. If they did, they would say things like, “This is the place for me. I can see myself here. I want to be part of this.”

When we are looking for a home place to do ministry, we all ask this same question: “Do I fit here, do I belong and is this the place for me?” A Theological Vision is one of the key pieces of the puzzle in answering this question. Without it we have no frame of reference.

This past weekend, a young fellow (27 years old) and his wife visited for him to be considered as a potential “Family Life” minister. He’s just graduating from seminary. After two days of meetings with our people and seeing our campus, they joined Susan and I for an informal wrap-up dinner at one of our local restaurants. I asked if they had any final questions. They both asked the same thing: “What would you recommend we look for in being called to a church?” Interesting question.

As I talked to them, I recalled how overwhelming my last semester at seminary was, looking at potential opportunities. I was filled with both excitement and the fear of making a big mistake. So, I responded to this candidate’s question with, “Rather than talk about finding the right job description, I’d look for a place with the right leader who has a clear vision of where they’re headed and who they are. The people with whom you will be serving is equally as important as what you will be doing.” I told him, “Don’t be concerned about finding just the right job description right now. Let’s just talk about the clarity of the vision and the ‘Do I fit?’ question of where you belong.”

The AMiA Theological Vision answers these questions—”Who are we?”, “Where are we headed?” and “Do I fit here?”—with laser-like directional clarity for the AMiA local churches and their leadership, and for the society as a whole. And as for me, because of the Theological Vision, I know where I belong. Way to go Anglican Mission team! 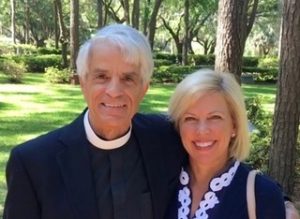 Stu+ Boehmig served as vicar and associate rector of The Abbey at Pawleys Island under founding rector Bishop Chuck Murphy from the church’s beginning until January 2018, when he took on the role of rector.

Stu+ first heard “the greatest story ever told” at a Young Life camp in Colorado. He served as area director of Young Life in Pittsburgh, Pennsylvania, and then attended Gordon-Conwell Theological Seminary and Virginia Theological Seminary. Following seminary Stu+ served as executive director of the Ligonier Valley Study Center under Dr. R.C. Sproul. He was then called to be the associate rector of St. Stephens Church in Sewickley, Pennsylvania, where he served for eight years. During this time Stu+ completed graduate studies at Fuller Seminary; this led to starting a contemporary church in Wexford, Pennsylvania, which grew to several thousand people in the 18 years he served as founding pastor.

Stu+ and his wife, Susan, met at the Abbey at the first gathering it held for neighbors and have five grown children.

See also the recent blog byMike Blanchat, AMiA Rector General  Who? What? How?