For many years, a number of Christian leaders in the greater Nashville, Tennessee area have been quietly and thoughtfully developing what it means to live under the Lordship of Christ in the company of those who in all times and places have held to the doctrines and practices of “one holy catholic and apostolic Church.” Many of these leaders came to faith in Christian communities in which spiritual qualities like catholicity and apostolicity have been either neglected or simply taken for granted as practically useless concepts.

In an entertainment-rich environment like Nashville, it has been easy for churches blessed with suburb talent to grow quickly. It has been more challenging to break through the racial and sociopolitical strongholds that divide the city’s believers into segregated congregations. It has proven even more challenging to reach what is arguably America’s most fertile mission field: the newly arrived immigrants who live around the city’s great churches but who often think of these churches as alien and probably unwelcoming communities. Those few churches that have reached out to the new immigrants have paid the price of losing membership in the competitive spiritual marketplace that characterizes a region known as the Bible Belt, but which would be more accurately described as the religion belt.

The increasing disconnect between the cultural profession of Christianity on one hand and the powerlessness of the region’s traditional Christian expression on the other has moved several of our worship leaders and pastors, many who continue to serve in church traditions familiar to the people of this area, to adopt the spiritual practices of historic Christianity. It’s also driven them to introduce those practices to the congregations they serve, in hopes of resisting the secularization of the faith that has proceeded for many decades in both liberal and conservative circles and to address the missional stagnation I have mentioned.

Anglicanism itself, struggling in many places with secularization, nonetheless offers a means for Pentecostal, charismatic, Bible church and community church groups working to cautiously recover, at a pace they can absorb, those practices, theology and missional integrity of the faith “once and for all delivered to the saints” that we need for effective ministry in our very changed social environment. The Anglican Mission has been particularly helpful in this recovery of ancient-future faith in our area. Because it is missional and pastorally directed, rather than preoccupied with matters of hierarchical and institutional polity, the Mission has made a way for Christian leaders of other traditions to “come and see.”

The Anglican Mission, rightfully focused on planting three-stream Anglican churches among the millions of unreached peoples of North America, also recognizes its pastoral obligation to serve as a conduit of catholicity and apostolicity to the Christian communities of this continent who are discovering that they lack the tools for sustaining the faith amid an increasingly secular culture that grows steadily more suspicious of and even hostile to that faith. Many are finding that the spiritual and theological wealth of 2,000 years of reflected experience, gathered in every generation and in most of the world’s nations, offers an indispensable resource for the work we are called to do in a postmodern, post-Christian and globalized world.

In a city like Nashville, these realities of the contemporary world have unsettled and uprooted the traditional culture, so that even the young adults of traditional churches find themselves asking questions for which their elders rarely have answers. Once again, three-stream Anglicanism offers a welcoming environment in which weary church leaders can recover their own spiritual footing in an environment that celebrates warm, intimate encounters with the Holy Spirit, theological integrity and missional outreach to the peoples around us.

In addition to the church leaders of existing congregations, Anglican and Independent, several members of the Anglican Mission family have recently planted or are in the process of planting new congregations and other kinds of missional outreach in Nashville and surrounding communities. Although these efforts are small, they are growing and are often attended not only by core constituents but by influential leaders of other Christian groups beginning their own journey to into three-stream, ancient-future faith.

Our Anglican community in the greater Nashville area has been growing gradually, like a seed under the ground. But the shoots are emerging that promise a rich harvest ahead for reaching the unchurched of our area, as well as ministering to the leaders of a Christian community stretched to the breaking point between a flock made angry and disillusioned by the loss of their historic power and influence in the world around them, and the opportunities offered by immigrants, American-born migrants from other regions of the nation, and our own Christian young adults who, for many reasons, now find the communities in which they were raised inadequate for maturing their own faith. 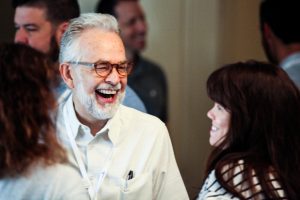 Born in the Appalachian Mountains of West Virginia, +Dan Scott was raised in the Pentecostal church and drawn as an adult to charismatic Episcopalians. He found his spiritual life expanded through his studies and his growing ties to Christians of all denominations. +Dan is passionate about drawing from the strengths of the divergent gifts and insight of the whole Church and seeks to create spiritual environments that celebrate the traditions of Christian faith, the freedom of the Holy Spirit and the foundation of the Word. He was ordained a Bishop at Christ Church Nashville in 2017, and is also a published songwriter, musician and author.