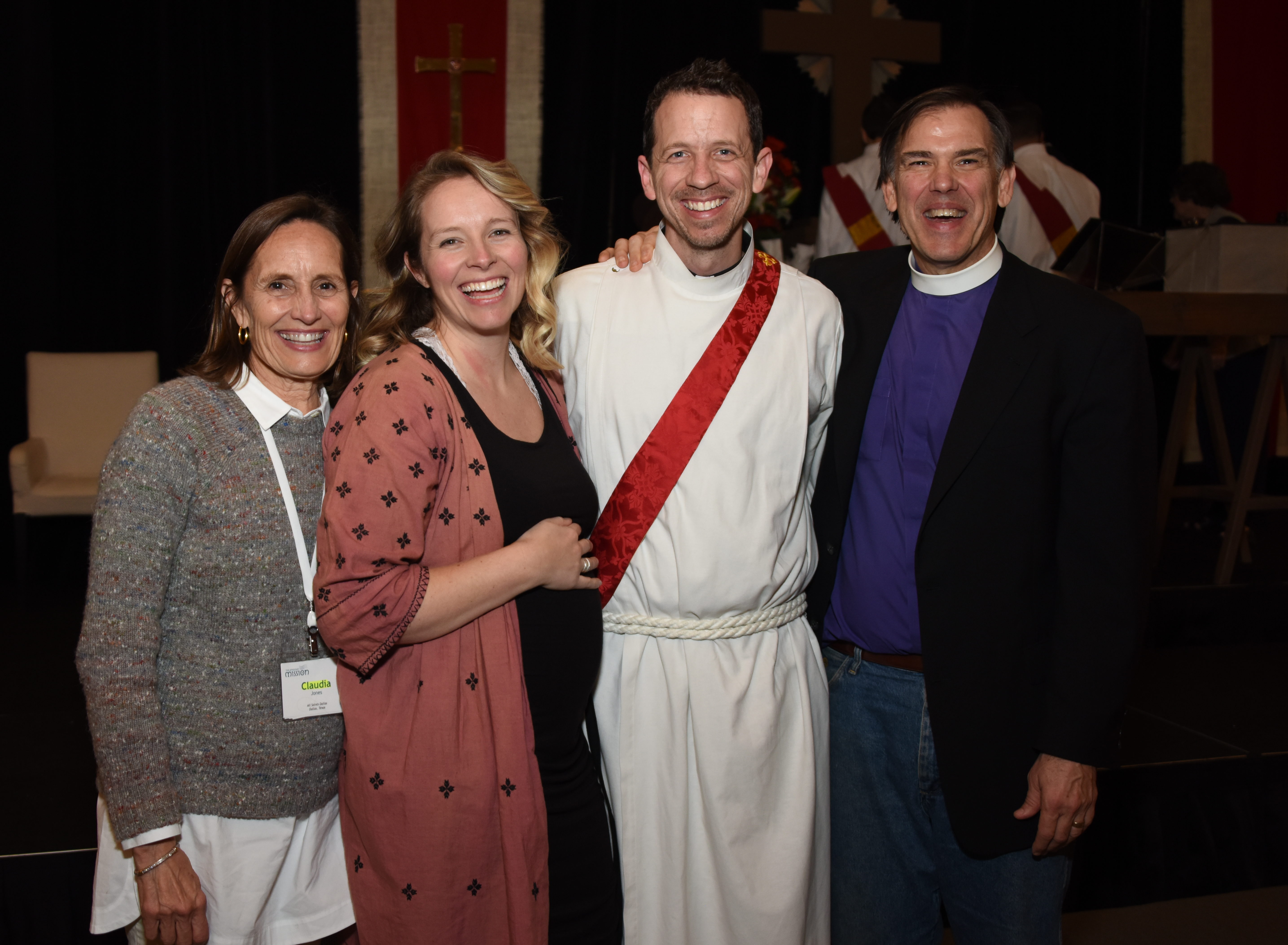 Mark Walz and his wife, Cate, pose for a picture with Bishop Philip and Claudia Jones after the January ordination.

A few short days after meeting my wife, I knew she was the one for me. Even if she took some convincing, I knew that it would only be a short amount of time before we said the covenant words of marriage before our friends and family. And sure enough, a few months later my instincts were proved right.

There was something about her and particularly her family that intrigued me. She came from a large family who were all tightly knit and in each other’s business. And whenever they had dinner together, spouses and all, the conversations were deep and substantial – very little had to do with the weather! They gathered often with their extended family for celebrations and Christianity was a central tradition and foundation of all that they did. But most intriguing was this ‘Anglicanism’ they practiced.

I grew up Catholic and worked in Baptist and non-denominational churches for several years. But my in-laws’ church felt different. What intrigued me about the church in particular was the intensity and seriousness of their sacramental practices combined with the centrality of the gospel preached on Sundays. Somehow, they were able to practice liturgy and sacrament with the well-preached Word. (It helped that my father-in-law is a phenomenal preacher and passionate about Christ and His Word.) Most of my experience with liturgy and solid preaching was that they were justly divorced long ago! I was wrong and happy to learn I was.

Then I was introduced to The Anglican Mission and three-stream Anglicanism. I was truly in dizzying waters. Certainly, I had experienced charismatic churches, but they had generally appeared to be more interested in emotional experiences and proofs of the Spirit than anything sacramental or liturgical. The only time I had heard of liturgy and spirit being wed had been passing by a “Catholic Pentecostal” church on the Gulf Freeway. (I thought, “now THAT would be something!”) But now, I saw the combined commitment in The Mission to sacrament, scripture, AND spirit. What I failed to see in the past, and what people wiser than I were in tune with, was that the charismatic, liturgical, and biblical streams needed each other. More than that, they are better off together than apart.

I felt like I was coming home. There were certainly aspects of the Catholic church that I had missed in my time in Baptist and non-denominational churches. And I was wary of charismatic displays even though some of my most moving and pivotal experiences I’ve had with God were movements of His Spirit in me. However, I was unsure of how to balance or place liturgical and spiritual experiences in practice, for my strength was in preaching. And so, for me, it made sense that I chose traditions that elevated the Word. But I need people and experiences that stretch me and show me the full breadth of Christianity. A church built around only the preached Word can become at best seemingly lifeless or just studious; and at worse, nothing but a gong.

Liturgy and sacrament provide rhythm and places for the community of Christians to join in the ancient traditions together. The Spirit provides life and salvation. And with all three, you have what Christianity is in the Bible: a wholly and rooted faith in the Triune God. And for me, that was the explanation. As I study the Bible, and specifically the book of Acts, for what the Church and the practice of following Christ looks like, three streams is everywhere. It had just not been in my life or, better put, in my church-life until now. I did not know what it looked like, but now I do. I truly have come home. 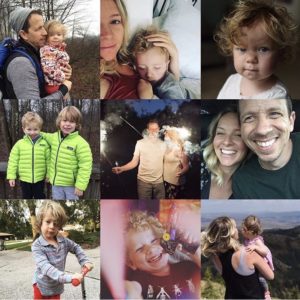 Mark Walz is a pastor and soon to be father of four who was recently ordained to the diaconate. He grew up in Texas and after many years away is returning to his home town, Dallas, to work with All Saints as their first Church Planting Intern. He never stopped loving the Cowboys in spite of the many advances of the Texans and Browns — and is glad to be home!