All Saints East: Watching and Responding 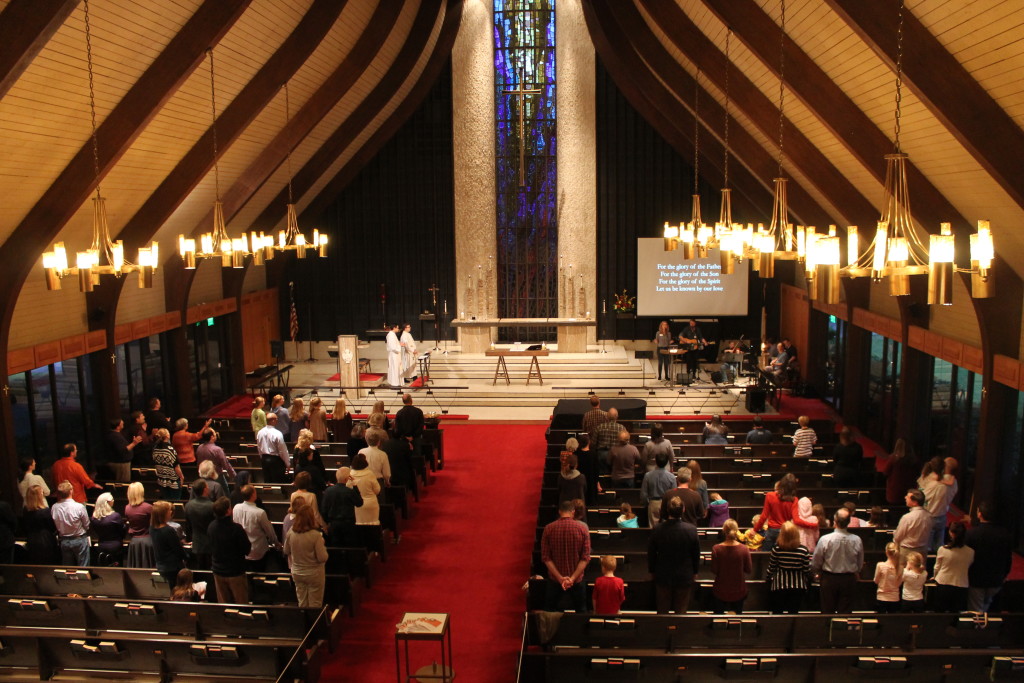 November 1, 2015, was a long awaited day for Father Jay Wright. On that day, more than 60 adults and 40 children gathered to worship, receive the Eucharist, witness two baptisms, and celebrate the launch of weekly worship services of All Saints East, a church plant that Fr. Wright and his wife Amy had begun dreaming about in 2012.

In 2012, the Wright family moved to the Lake Highlands area of Dallas. As they got to know their neighbors, they found that many of them didn’t have a living connection with the church.

“Early on we learned what a distinct part of the city we were in, with its own culture, values, and rhythms,” said Fr Wright. “We started to realize that the people we lived near would benefit from a three stream Anglican Church. Of course All Saints Dallas was around, but our neighbors wanted a church where they lived, where their kids went to school.”

The Wrights started reaching out to their neighbors. They held barbeques, neighborhood get-togethers, and holiday parties. Their neighbors started responding and their street came alive.

Soon after, Father Chris Myers and his wife Morgan joined the Wrights in talking, dreaming, and praying about what a church in East Dallas might look like.

“We kept watching what God was doing and responding,” explained Fr. Wright.

A year later, the dreaming turned to planning. On the last Sunday before Advent in 2013, Fr. Wright felt the Lord telling him it was time to transition.

He began discerning in community, talking with Bishop Philip Jones and Father Ken Dean of All Saints Dallas. In September 2014, Fr. Wright presented his vision to the All Saints vestry of having one church on two sites. Though All Saints East would have its own pastoral team and independent services, they would remain connected to All Saints. Two months later, the Vestry approved Fr. Wright’s request.

In January of 2015, Fr Wright gathered together an All Saints East “core team,” a group of people committed to establishing and sustaining the church plant. They began meeting twice a month to pray together, fellowship, and plan. Core team members were further divided into teams responsible for events, children ministry, hospitality, and finding a church property.

The church property committee began visiting churches in February and were met at first with disappointment.

“One of the biggest surprises for me was that I thought more churches would be interested in sharing their space,” explained Fr. Wright. “But we kept hearing ‘no.’ ”

After visiting with many churches, the building committee returned to visit with the pastor of Central Lutheran on Ash Wednesday. To their delight, he explained that their church had been praying for five years for an opportunity to share their building with a church plant.

In March, April, and May, the core team hosted monthly gathering events, informal parties to give neighbors a chance to “come and see” the people and ministry of the church.

In the summer, they pivoted from gathering to meeting together for worship, holding monthly preview services in August, September, and October. 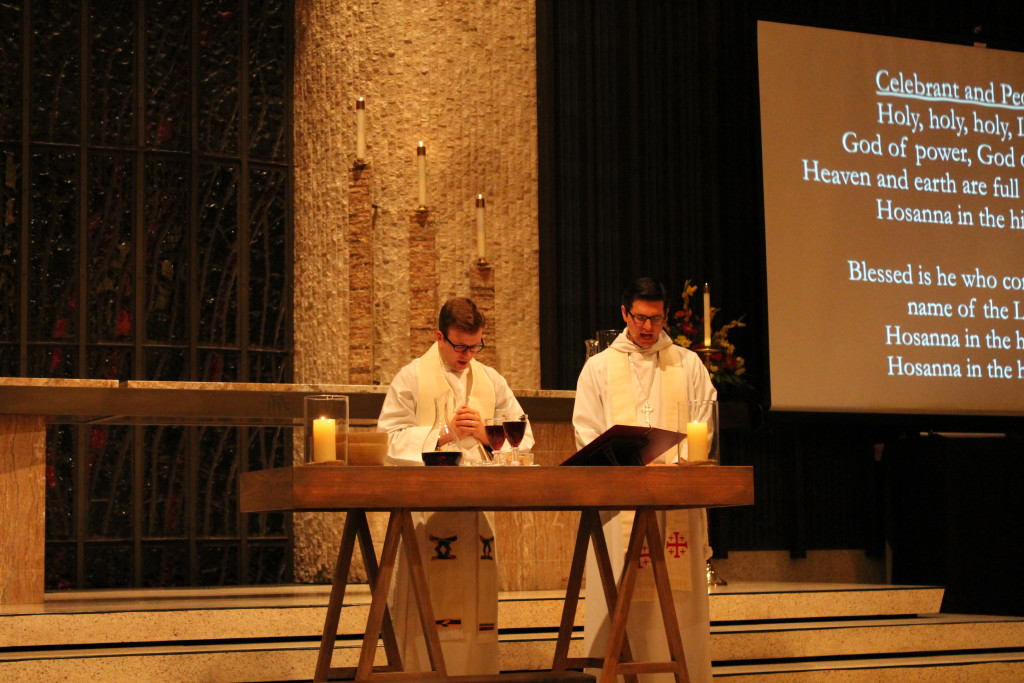 Since launching in November, All Saints East regularly sees 100 to 120 people each Sunday night. They have made Advent wreaths together, organized a children’s Christmas play, confirmed members and baptized children. Together they continue to watch for the Lord and respond to their call.

When asked what advice he might have for church planters, Fr. Wright shared the following:

“One of the biggest lessons I’m learning is that I am not responsible for outcomes,” said Fr. Wright. “We are called to be faithful in prayer, work, networking, responding, administrating, and being a priest. But we are not responsible for the outcome.