On October 10, 2015, the congregation of Toronto Emmanuel Church celebrated a very special Canadian Thanksgiving Day, offering gratitude to God for their new church building. The church hall is the newest addition to the campus of Vintage Garden, a senior housing complex that serves the Chinese community in Toronto.

As they worshiped together, the congregation shared stories of what the Lord had done since before they were founded in 2008. The theme of the stories is best captured by Rector Edmund Ho’s words: “this is both God’s work and God’s invitation.” 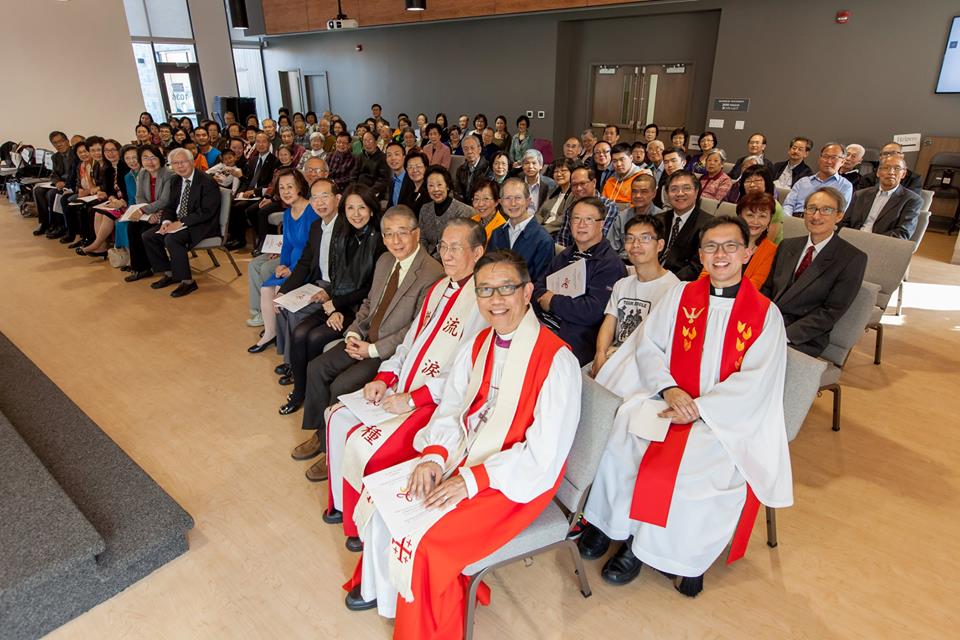 In 2001, Dr. S. K. Lee, now a member of Toronto Emmanuel’s Church Council, met with a local pastor to ask about real estate. Dr. Lee had been charged with finding property for a church he was then attending, and he was inquiring about a two-acre plot of land the pastor’s church had passed up. Though there was no deal to be made that day, Dr. Lee received valuable advice on finding property zoned for churches:

“God’ land is harder and harder to find in Toronto,” said the pastor. “If you ever come across something available, you should buy it right away.”

A year later, Dr. Lee did just that. Even though there were no longer church building plans, he followed the prompting of the Lord and purchased a property on the northeast corner of Victoria Park and McNicoll Avenues.

And then he waited.

Over the next four years, Dr. Lee received many offers for the land, but rejected each one. Even though he had no development plans, he was convinced that this land belonged to the Lord.

In 2006, Dr Lee received a vision of what the Lord had planned for the land. During that time the Government of Ontario launched the campaign “aging in place,” which brought attention to the needs of Ontario’s aging population. Dr Lee saw the opportunity for the Church to be a place where people could “age in Christ.”

That year, Dr. Lee transferred ownership of the land to St. John’s McNicoll Center, a nonprofit para-church organization with a vision for incorporating in one complex a church, residential units for seniors, and a community center. They called it “Vintage Garden,” and in 2008, the City of Toronto gave approval for the land to be rezoned.

The founders of Vintage Garden greatly desired to plant a church at the heart of the campus. In 2008, they connected with Bishop Silas Ng and Richmond Emmanuel Church, and began talking with them about planting a church in Toronto.

Later that year, the church was started by a Monday night Bible Study group. In 2009, Father Edmund Ho joined as Rector, and they began renting space for Sunday worship.

In 2011, construction of Vintage Garden began. Over the course of the next four years, the leadership of St. John’s McNicoll Center and Toronto Emmanuel held countless meetings with consultants, contractors, and designers. They also met every week with each other over Skype to pray together and seek the Lord’s blessing on their work.

In April of 2015, 184 residential units were opened. Vintage Garden currently serves 300 residents, most of whom are members of the Chinese community.

In September the church hall was completed, marking the end of Phase I and the fulfillment together of many different visions.

Vintage Garden continues to grow as construction transitions into Phase II, which includes the addition of another residential building as well as a community center. It also includes the building of the main sanctuary and additional classrooms for Toronto Emmanuel Church.

Rector Edmund Ho shared that though there have been many challenges, he has been amazed to see the ways God has been Emmanuel, “God with us.”

“In this process we are learning how little faith we have and how faithful the Lord is,” said Father Ho. “We have the faith of the mustard seed, but the Lord can do infinitely more!”