Why Missional Residency? An Interview with Brit Carpenter 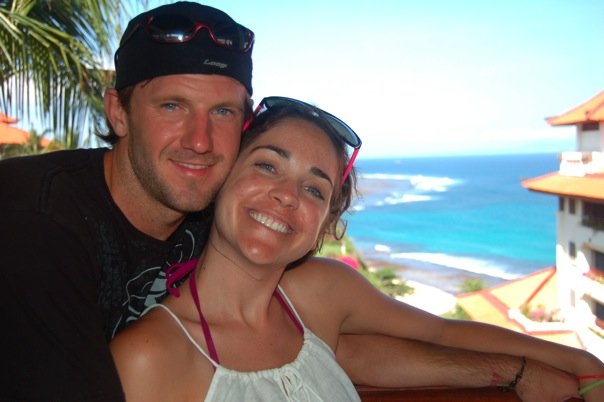 Brit Carpenter and his wife, Katie, in Bali, Indonesia.

If you’re looking for Heaven on Earth, Brit Carpenter will tell you it is in Bali, Indonesia, where he spent a year doing missionary work. Since living there, Carpenter has found his way to Texas, and now serves as a Missional Resident at Grace Northridge in San Antonio. What brought him away from, to use his words, a “Narnian surf paradise?” We recently sat down with Carpenter to find out.

What took you from Indonesia to Texas?

I love Bali, and still have strong connections to the church and its people. I had a great time during my year there, firing on all cylinders co-pastoring vagabond surf bums.

But the need to be mentored and discipled by older, wiser men kept nagging at me. So I decided to come back to Texas to get the training and wisdom that Proverbs speaks about. I moved to Houston, TX, and began working at a non-denominational church.

Around that time I was also reading about church history, and early church ecclesiology and practice. I had a newfound yearning for an ancient-future worship service, which led me to pursue Anglicanism. Soon after I heard about an Anglican priest that brewed his own beer. At that point, I was in.

How did you hear about the Missional Residence Program at Grace?

A few months later, I was in San Antonio meeting with Grace Northridge Pastors Matt Kessler and Bryan Patrick to explore this yearning for ancient-future worship. We hit it off instantly. I wasn’t sure I could go all the way from non-denominational Bible church to Anglican, but I was certain that these men possessed something I was hungry for.

What made you want to apply?

Once I figured out that I was leaning heavily Anglican, I was sure that the Anglican Mission was something I should pursue. Fortuitously, the Winter Conference in 2014 was held in Houston. I decided I’d attend as many sessions as possible around my work schedule. There I met many of the folks from Grace. I also saw a few friends from Texas A&M that were attending All Saints Dallas, unbeknownst to me.

I had three formative conversations the second day of Winter Conference that led me to believe that the Holy Spirit was indeed calling me into the Mission Society. The first was with Father Jay Wright. The second was when I asked the Very Rev. Dr. Allen Hughes where Anglicans stood on the doctrinal issue of election. His via media response was encouraging. Finally, that evening, I was asked to join Bishop Philip Jones and the All Saints Dallas crew for a late-night hang out. Bishop Jones spoke to me for an hour about ministry and practice. That sealed the deal.

When did you start your residency and what does it entail?

I began the residency program in October of 2014. The program spans 2-3 years with the goal of launching a new church at the end of that time. Day to day, I am a part of the pastoral staff, the preaching team, and am pursuing ordination in the Anglican Church.

I am also learning about the DNA of Grace Northridge and the city of San Antonio. We aren’t parachuting into a new community to plant this church, we are getting to know the people of the city we want to serve.

What has been one of your biggest challenges?

Raising support. I’m not good at it, and don’t seem to have the stomach for it. However, I’ve been amazed at God’s provision for my family, and we’re absolutely certain that we’re in the right place with the right people.

What have been some of the most rewarding things so far?

The most rewarding thing for me personally is being surrounded by a Gospel community that embody the person and work of the Holy Spirit. The men and women at Grace understand ministry and mission in a way that is both encouraging and convicting. For the first time in my life as a pastor, I find myself requesting lunch appointments not to minister to others, but to be shepherded myself. I’ve never seen the ecclesia empowered to bring Gospel light and life in their communities so powerfully before.