What’s So Special About the Creeds, Anyway?

Welcome to the first post in our Foundations series, a celebration of the most beautiful and central aspects of the Anglican tradition and their place in The Anglican Mission. The first of 12 talented writers who will explore an aspect near and dear to them, the Rev. Gavin Pate of All Saints Dallas takes a fascinating look at the origins and continued relevance of the Creeds.

Do you ever wonder what somebody believes, even after asking them? People often have a hard time explaining just what they consider truthful, especially in our postmodern culture. In the church, we have historically articulated what we consider truth in the form of creeds. The most well-known Christian creed is the Apostles Creed, followed by the Nicene Creed.

Generally, most Anglican churches will read either the Apostles Creed or the Nicene Creed together each Sunday at worship, depending on the nature of the worship. Rather than trying to improve on a classic, Anglicans retain the historic faith of the church in these creeds. 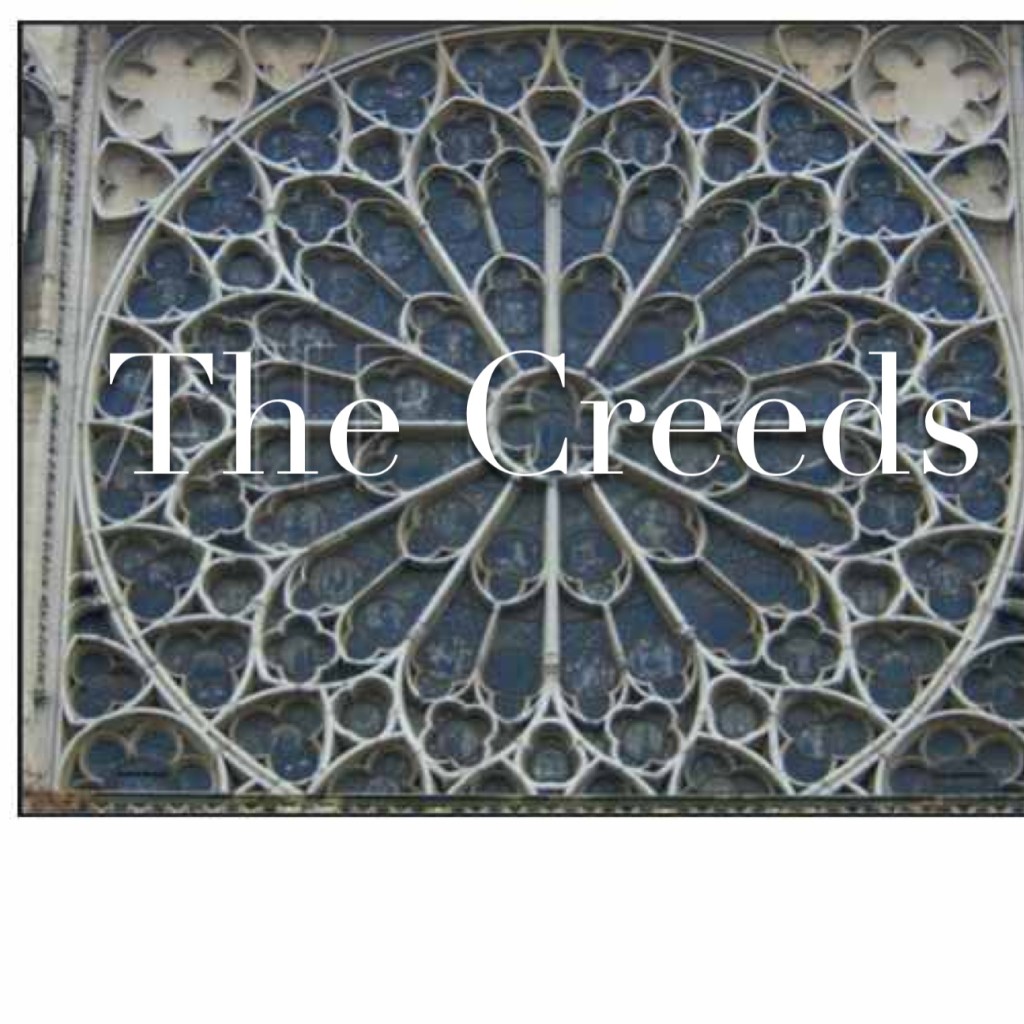 The History of the Creeds

The Apostles Creed was formed as a summation of what the Apostles, eyewitnesses to the risen Christ, believed and taught. The exact origin and authors of the creed is not certain, though it was used frequently in the early church. One estimation has each of the apostles contributing a single article to form the creed.

At the time the Apostles Creed was formulated, defining what constituted error was less of an immediate issue. As the church grew in later centuries, refuting heresy became more important. The wisdom and foresight of the Apostles Creed is astounding, especially considering all the questions we might have as we read the Holy Scriptures. Even without a widely available “book” of Scripture, the Christian faith was well-served when explained simply in the Apostles Creed.

Christians were a new movement 2,000 years ago. People were unsure if Christians were a sect of Judaism or a novel religion that had begun with Jesus Christ. Christians were accused of being cannibals, for example, because of their belief in the real presence of Christ in the Eucharist. It was important to its survival that the Church speak clearly about what they believed to be true.

In the earliest days of the New Testament Church, the Apostles led the way, teaching the faith as they had received it from Christ himself. As time continued and the church grew, more unique teachings developed. As the finer points of Christianity began to be debated in the Church around the world, more creeds were written. For example, when a Libyan minister named Arius began to question the eternal divinity of Jesus Christ, the church eventually responded in the form of a creed, naming Arius’ idea as heretical. Today, we call that creed The Nicene Creed, because it was written when the church met at Nicea in 325 A.D.Unfortunately, the church sometimes even used creeds to define themselves against other faithful members of the church. In 451 A.D., the Council of Chaceldon met to discuss the nature of Jesus Christ again. Unable to reach a consensus, the Church split into two distinct groups: the Eastern and Western church, so named for their geographic location. Despite the objections of some in the Eastern church, the Chaceldonian Creed was accepted.

Christianity, is in fact, not compatible with other religions or faiths. As we read the teachings of Christ in the Gospels, we see just how intolerant He is of other “gods” that are not the God of Holy Scripture. Due to this incompatibility, it is only natural to see Christians being asked just what they are (or are not). It was initially in this climate that Christians created the creeds, not to define themselves in an intramural spat but to articulate who they are in relationship to other philosophies and religions. At our best, we utilize the historic creeds in an effort to make clear to others just what we consider truthful. Rather than being purely experiential, we assert objective truths as planks for us to stand confidently. This provides a solid foundation for our Christian faith.

The Role of Confessional Documents

As the Christian reformation exploded across Europe in the later centuries, Christians began writing confessional documents. These confessional documents typically went far beyond the basics of the historic creeds. They served, often times, as a way to assert a break with the historical church, namely the Roman-Catholic church. Perhaps the most famous of all these documents is the Westminster Confession of Faith. The most obvious feature of the WCF is its extraordinary length. The WCF was originally an effort at uniting the English and Scottish reformations into one movement. Unfortunately, this goal was not realized. Anglicans still developed their own statement of faith beyond the creeds, called The 39 Articles.

Why doesn’t The Anglican Mission use more extensive confessional documents? We believe, as Anglicans, that liberty is an essential part of being a healthy church. These confessional documents can often have a chilling effect on dissension or healthy dialogue, especially on matters where Holy Scripture is less than clear. There are a number of important topics not covered in the historic creeds or the 39 Articles of Religion. We generally believe it is best to leave those issues to the discretion of each minister or parish.

In The Anglican Mission, we see the historic creeds as our sure guide, both to modern faith and practice, but also to the historic faith of the catholic, apostolic church. Our assumption, in much of the Anglican Church globally, is that what has happened in the historic church is not outside of God’s purview. He has supernaturally guided His Church through its growth and it would be inappropriate for us to delete its history without proper cause.

Today, our creeds provide a starting point for dialogue with other religions. When seeking a friendship with a local Muslim cleric, for example, sharing the Apostles Creed can help him understand where the two of you might have an compelling exchange of ideas. This understanding can be instrumental in making the most of our exchanges with other religions. This can be a very helpful resource in our culture today, especially when working with people who are not merely ambiguous, but believe in some other religion. In international cultures, it is especially important, as there can possibly be large groups of unchurched people who have no reference points for understanding Christ.

Finally, in the spirit of ecumenical unity, the Anglican Church uses the two creeds widely accepted around the world, the Apostles Creed and the Nicene Creed. From the Eastern Church to the Western Church, these documents are largely endorsed as articulations of the Christian faith. This gives us a relational and creedal connection to our brothers and sisters around the planet who share our hope in Jesus Christ.

The historic creeds are at their best when used as devices of unity and held up as statements of the Christian faith. They are nothing less than beautiful articulations of just what makes us disciples of our Lord, Jesus Christ. It is this simple truth that will give the creeds a place of primary importance forever in The Anglican Mission.